There is a bunch of homeopathic organisations in the UK. Unfortunately, one of them has the same initials as the British Humanist Association, an organisation I am proud to have been part of in various ways for some 20 years. Although I had no part in writing any text on the organisation’s website about homeopathy, I’m happy to defend its stance, which happens to coincide with my own. It is a stance entirely in keeping with a humanist world view, which judges each situation on its merits according to standards of reason and humanity.

The British Homeopathic Association is a charity whose overall priority is to “ensure that homeopathy is available to all”. It doesn’t appear to be a membership organisation but it seems anyone can become a ‘friend’ of theirs for an annual donation of £25.

British Humanist Association Director of Public Affairs and Campaigns Pavan Dhaliwal said, ‘The fact that some NHS trusts continue to spend money on treatments known to be ineffective at a time when the health service is facing tremendous financial pressure is astonishing. Not only is this wasteful, but it could even put public health at risk. Public money could be better spent providing treatments that have been proven to work.’

A few days ago, Margaret Wyllie, Chair of the British Homeopathic Association, published the piece below on their website. It is so awful, I am happy to do them the kindness of bringing it to a wider audience.

END_OF_DOCUMENT_TOKEN_TO_BE_REPLACED

Most readers will already know that Holland & Barrett are currently running a promotion called ‘Ask our owls’, inviting customers to ask their specially trained staff about any of their products. If the staff member can’t answer, the customer gets a 20% discount. The month-long promo was launched on 9 June complete with one of these Twitter things #askourowls, thus providing, as this blogger put it, an open goal.

It was a sweet opportunity for the well-organised and gobby skeptics, who are waging a war on homeopathy ‘just because they don’t understand how it works’, to launch a…ahem..’spontaneous’ attack. (I imagine all you conspiraloon quacks reading this nodding sagely at this point.) The @Holland_Barrett twitter account was inundated with tweets and retweets by those seriously questioning their ethics, by those taking the piss and by those just gloating at how the H&B twitter account had been inundated with skeptics questioning their ethics and taking the piss.

END_OF_DOCUMENT_TOKEN_TO_BE_REPLACED

First we went for the homeopaths…

More than two months after its launch, the Nightingale Collaboration is still attracting flak from CAM practitioners who apparently can’t abide the prospect of being held to the same standards as advertisers of other products and services. I don’t expect many of these critics to have the stomach to read much of what I say here. For them, I’m putting the case for the Nightingale Collaboration in a nutshell at the beginning:

END_OF_DOCUMENT_TOKEN_TO_BE_REPLACED

There you go, fixed it for you

Science says that thinking for myself is dangerous. You must trust in the Lord Science.

You have to hand it to those homeopaths! They are terrific at sending themselves up, generously giving us a laugh at their expense. Very much in vogue at the moment is the creation of little animated dialogues between typically dim-witted homeopaths and typically arrogant skeptics. My favourite one appears on UK Homeopathy News. (Edit: if it can no longer been seen there, this site also has it.) The homeopath’s vacuous arguments could have been lifted from any homeopath’s blog.
END_OF_DOCUMENT_TOKEN_TO_BE_REPLACED

This will be short. In a previous post I quoted Dr Tom Dolphin’s dignified apology to witches for ever calling homeopathy ‘witchcraft’. Since his retraction, I have been mildly irritated by the continued references to his original description. I still keep seeing the claim that “the BMA calls homeopathy ‘witchcraft'”. Not any more! It’s now just “nonsense on stilts”, OK? (And, of course, the BMA did not call homeopathy anything. The BMA simply voted in favour of a perfectly polite and reasonably-worded motion to stop funding this batshit insanity on the NHS.)

END_OF_DOCUMENT_TOKEN_TO_BE_REPLACED

“First they came for the homeopaths…”

I’ve lost count of how many self-pitying blogposts by homeopaths I’ve seen begin with those words. The assault on homeopathy is continuing relentlessly and the poor homeopaths don’t know what’s hit them. I’m sure I’m not the only one who feels a bit sorry for them.
END_OF_DOCUMENT_TOKEN_TO_BE_REPLACED

Yes, I really did go to this and, no, it wasn’t the shortest conference in history — it lasted a whole dreary day. They didn’t know it was me because I had cunningly disguised myself as a middle-aged, middle-class woman so I wouldn’t stand out.

You may be wondering what possessed me to spend a day listening to a bunch of quacks talking piffle. Having done it, I’m wondering the same. The best I can say is that I went for the same reason I once consented to an examination by a chiropractor, wore a niqab and gave birth at home (not all at the same time) and why I might yet have a reiki massage and do the alpha course: I wanted to see what it was like. I saw it as part of the rich tapestry of out-of-the-ordinary experiences that life has to offer. What could be more bizarre than to sit listening to “top PhD research scientists” talk about one of the loopiest of all quack therapies as if there was a serious chance it could revolutionise health care systems in the developed world?

END_OF_DOCUMENT_TOKEN_TO_BE_REPLACED

My complaint to Boots about their Learning Store website 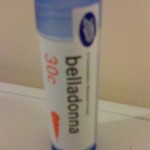 The open letter to Boots on the 10:23 campaign website currently has 1450 signatures on it. I hope everyone reading this has added theirs. I know many of you will be in Red Lion Square overdosing alongside me next Saturday morning. I’ve already bought my ‘poison’ and I compensated myself for the embarrassment of buying a homeopathic remedy by leaving piles of leaflets about the 10:23 campaign by the shelves of these remedies at the both the Boots stores in my nearest town centre. To my fellow overdosers: in case things don’t go according to plan, I’ll take this opportunity to say it’s been a privilege and a pleasure…

And to all those who argue that homeopathic remedies are individualised, that it needs a consultation with a homeopath to build up a ‘symptom picture’ and that getting the remedy and dosage right is highly skilled work for which homeopaths are comprehensively trained, I trust you will join the campaign because otherwise you’ll look a bit silly.

END_OF_DOCUMENT_TOKEN_TO_BE_REPLACED

Homeopathy: there’s nothing in it. Part 3

Real life has got in the way and I haven’t had time to blog recently. No big fat cheques from Big Pharma for me so far this year! Let’s see if I can’t squeeze a few bob out of them now.

Who’d have thought I’d end up writing a part 3? Having, in my previous two posts, made a genuine attempt to engage with homeopaths and deepen my understanding of the therapy they invest so much in, I envisioned writing a post entitled, Homeopathy: there’s something in it after all!

But not a single homeopath has deigned to respond to any of the questions I raise in my previous post. So, in spite of my extensive reading on the subject, homeopathy remains an unfinished jigsaw to me and nobody seems prepared to step up and help me complete it. The more I’ve learned about homeopathy, the more I’ve come to understand that it’s not a case of bits of the jigsaw being missing; the bits are mishapen and simply don’t fit together to make a coherent whole.

END_OF_DOCUMENT_TOKEN_TO_BE_REPLACED

Homeopathy: there’s nothing in it. Part 2

Ever open-minded and keen to unlock the mysteries of the supposedly great healing art known as homeopathy, here’s another post primarily for my friends who are users and practitioners. I hope your responses will bring me to greater understanding.

END_OF_DOCUMENT_TOKEN_TO_BE_REPLACED

Homeopathy: there’s nothing in it. Part 1

As the year draws to a close, I’d like to pay tribute to my many fans who use alternative therapies, especially those who have kindly commented on my various posts over the ten months since I started this blog. I’ve selected some of those comments for display in my new ‘Quackolades’ column below left. It’s my way of saying thank you for making my case better than I could. Please keep them coming.

END_OF_DOCUMENT_TOKEN_TO_BE_REPLACED

Confession time for Boots the chemist: homeopathy is crap

It was a borderline decision for me whether it was worth getting out of bed early to sit in on the House of Commons Science and Technology sub-Committee’s ‘evidence check’ on homeopathy yesterday and since the whole thing would soon be available online, I have to wonder why I bothered. That’s not to say I didn’t enjoy witnessing the reassuring predictability of the top drawer defenders of homeopathy such as Dr Peter Fisher and Robert Wilson who, as it turns out, are no better at defending the indefensible than any of the common or garden homeoquacks and punters who keep themselves busy spreading their crap all over the web.

END_OF_DOCUMENT_TOKEN_TO_BE_REPLACED

WHO needs to grow a pair?

The World Health Organization (WHO) has finally come out and whispered that, in spite of its public policy of supporting the integration of alternative therapies into national health systems, it doesn’t actually recommend the use of homeopathy for HIV, malaria, TB, influenza and infant diarrhoea.

Goodness me! I do hope this staggering confession, which was squeezed like blood from a stone by researchers and medics from the Voice of Young Science network, offends anyone with quackish sensibilities.

END_OF_DOCUMENT_TOKEN_TO_BE_REPLACED

It’s high time I took another pop at homeopathy. I know more and more people are wising up to this particular brand of quack lunacy but, as someone who each morning receives a new list of web articles written by delusional homeopaths happily promoting their bogus therapies, I believe it’s important in the interests of balance to keep ridiculing it.

END_OF_DOCUMENT_TOKEN_TO_BE_REPLACED

Those quacks and their anecdotes

Quacks love anecdotes. They seem to love them even more when they’re not true. On the web I’ve seen, for example, homeopaths claiming to have successfully cured cancer and kidney disease to the rapturous applause of their imbecilic devotees. I recall one even claiming to be able to treat third-degree burns better than conventional medicine and encouraging his sceptical critics to go burn themselves badly so he could prove it. Ethics aren’t something common or garden quacks like to bother their pretty little heads about, evidently. END_OF_DOCUMENT_TOKEN_TO_BE_REPLACED

Homeopathy, hissy-fits and how to catch malaria

Ever open-minded and keen to learn about the complexities of one of the most popular alternative therapies and unwilling to rely on the biased news media and sneering science blogs, I tried to find a trustworthy source of information about the homeopathic product, Malaria Officinalis 30c, which has been in the news a bit lately.

END_OF_DOCUMENT_TOKEN_TO_BE_REPLACED

This post is dedicated to the memory of baby Gloria Thomas, who died in May 2002 and whose mother and homeopath father are standing trial in Australia for manslaughter by gross criminal negligence because they failed to get professional help for their child in spite of her “bleeding, crying and malnutrition”.

END_OF_DOCUMENT_TOKEN_TO_BE_REPLACED

Given the mountains of crap spewed at us everywhere we look by homeopushing gobshites, it was a refreshing change last week to see Professor Lesley Regan front this BBC TV programme exposing homeopathy for the poppycock it is.

END_OF_DOCUMENT_TOKEN_TO_BE_REPLACED

In this article I will take a calm and objective look at what the therapy invented 200 years ago by Samuel Hahnemann and known as ‘homeopathy’ is and why it is absolute crap. END_OF_DOCUMENT_TOKEN_TO_BE_REPLACED