Daft complaint to the BBC by anti-vax activists

A man in a white coat, smiles, offers an injection to an infant who is alone. “Innoculation is the perfect Medication” he tells the child after dancing and singing with a syringe. The nurse tells the children elsewhere that if they are vaccinated with the MMR they won’t get the Measles, Mumps and Rubella. Will it hurt asks the boy, well it might says DR Ranj, but you can cry if you want to. Without waiting for an OK, the doc injects the boy who says “I am not ready for my ‘jection”, but the doc marvels“I have already done it”. (sic)

Even if you didn’t see the TV show described above – and I didn’t – you probably sense the writer of that description didn’t approve of it and you probably won’t be surprised that the doctor and infant in question looked something like this: 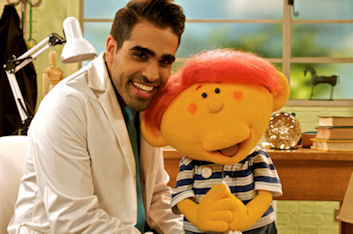 In case you missed it, only one of the characters in the above pic is real and he is a real-life medical doctor, Dr Ranj. The CBeebies Get Well Soon series is aimed at pre-school children. According to comments from parents about the series on the Dr Ranj fb page,  toddlers love the show, which is intended to “help children understand their bodies and to see the medical world as an environment in which they feel safe”. (Source)

The series has covered a range of uncontroversial conditions like verruccae, constipation and conjunctivitis. I was unaware of it until I got wind of some 60 or so complaints to the BBC about the content of an episode called, Inject to Project. Cue much bristling and hissing from those who say,

“Vaccination is the longest running hoax perpetrated by Allopathy, the most pernicious, and the most dangerous thing that your children will ever face.”

That quote appears on many websites, including the one called ‘Arnica UK Parents Support Network’, which is run by Anna Watson, who authored the above passage and who is apparently spearheading the campaign to complain about the show.

This presumably refers to the bit where the show’s ‘Nurse Morag’ is telling a group of infants that the MMR jabs will stop them getting the measles, mumps and rubella, not the bit where the pharmaceutical sales rep goes to a nursery school and gives a presentation to the children about the benefits of second generation anti-depressants because, as far as I know, that bit didn’t happen.

Sorry to state the obvious but young children don’t choose whether to be vaccinated or not. Even if Nurse Morag made vaccines sound so enticing that three-year-olds en masse had started demanding them from Santa, the decision is not theirs to make – it’s for their parents. And every parent who makes this choice tells their child that getting a jab will stop them getting a nasty disease, just as Nurse Morag did. The complainants seem to think that an age-appropriate explanation of why a child should have a jab is the same as ‘promoting medicines to children suggesting they are 100% effective’. I wonder if those responsible at the BBC have stopped laughing yet?

The other main plank to Anna’s complaint seems to be that (1) while with the doctor, the puppet-child is unaccompanied by a puppet-parent and (2) that the puppet-child says he’s not ready for the injection but is given it anyway.

In a fuller version of the article, which appears, for some unfathomable reason, on a website called The Economic Voice, Anna writes:

Will Dr Ranj, who is a paediatrician from Kent, be struck off?

Yes, she really did ask that! What wouldn’t I give to attend the GMC hearing that considers the case of Dr Ranj and his alleged unsolicited assault on a TV puppet?

A medical intervention, a vaccine in this case, was administered in a non life threatening situation without consent at all. The minor does not give informed consent and neither do his guardians or parents as they are not there. No risks or contra indications were discussed or considered…(snip)…How many children saw this show alone and will have been left with the idea that medicines and syringes are totally safe and work without fail? How will the BBC find these hundreds of thousands of children and their families and apologise for promoting the dangerous image that it is OK for a single male to coerce a lone child into an injection that carries a potential risk?

I have to wonder what nightmare scenario does Anna envisage might result from the show? Perhaps that a toddler might find his way to a GP’s surgery, demand the MMR jab to the delight of the doctor who does a song and dance but gives no explanation of “risks or contra indications” and doesn’t wait until the kid’s ready before sticking in the needle? Worse, that a child will happen on a discarded syringe and, having been convinced by a puppet show that syringes are totally safe and effective at something or other, will promptly plunge the syringe into herself? Bonkers. But I love the bit asking how the BBC will find all those families and apologise, as if she expects the BBC to commit to doing so.

I’ll let Dr Ranj answer the criticisms. From his response to a critic making a similar noise on the fb page.

1) The programme is make-believe and involves puppets, not real patients, in fictional situations used to illustrate real life – therefore please take it in that context. 2) In the episode, Deep came in for a pre-booked vaccination appointment – the aim of the episode was to explain to him why he was having it and to allay his fears not to ‘persuade’ him to have it. 3) In any case a child would not be able to give informed consent – hence the decision was already made. 4) Yes, I am a real doctor and I deal with children and with issues around such treatments everyday – each episode was checked, considered and discussed at many levels and is consistent with current NHS practice and recommendations. 5) The majority of people who watch the show appreciate its intentions and have found it valuable, informative and entertaining. So let’s just leave it at that.

Of course, they won’t leave it at that. Anna is urging everyone who has complained already to complain again. In an email to supporters she writes,

OFCOM are unsure if they are going to investigate and the BBC may investigate if we take our complaints to Stage 2. If you complained please write again to the BBC’s Editorial Complaints Unit, if you are not happy with their (lame in my opinion) reply. Please do this within 20 working days of your complaint, and they will carry out an independent investigation.

We are not told the contents of the BBC’s ‘lame’ reply, apart from the first line. Here we go:

The reply was returned as quick as you could say “No conflicts of Interests” with the opening line “Firstly, we’d like to reassure everyone that no programme on CBeebies receives commercial sponsorship of any kind.” Obvious what other types of complaints they had received that morning, but nothing in response to my concerns.

In fairness, I owe a debt of gratitude to Anna Watson. Having seen my two strong, healthy and fully vaccinated kids grow into adolescence, I confess that when the MMR controversy started by the disgraced Andrew Wakefield erupted in the late 1990s, I didn’t take much interest, until Anna and a couple of other anti-vaxers joined in a discussion at the Think Humanism forum, some years ago.

Their arguments and the refs they provided in support were very persuasive, in that I was persuaded to take a far stronger pro-vaccine position than I held already. I was also persuaded to read up on Andrew Wakefield and that was one of the things that inspired me to start this blog.

So, thanks, Anna and friends. Speaking as one who has benefitted from your activity, I’ll leave you with some advice on how to continue your campaigning work and ensure further publicity from the likes of me.

1. DO suggest or imply that anyone who promotes vaccines only does so for financial gain because this is the equivalent of saying, “Hello, I’m a conspiracy theorist and incapable of understanding any argument except my own.” The key point here is that it is an ad hominem. Whatever is said about vaccines stands or falls according to the available evidence and not according to who says it and why they are saying it. More importantly, there is an ethical reason for promoting vaccines and that why it is WHO and Dept of Health policy to do so; you may not agree with that reason but insulting people who do agree with it by implying some vested interest, is unlikely to make them well-disposed towards you or to take you seriously, so please carry on doing it at every opportunity!

2. DO downplay the risks of infectious diseases. I’m sure we all appreciate such crystal-clear reasoning as this:

The year I got measles – together with every other child in my class and some 763,500 other people in England and Wales, there were 152 measles related-deaths. I remember the boy who sat next me at school had to wear a hearing aid forever afterwards. The American CDC states that about 30% of measles cases develop one or more complications. In the past few years we’ve seen reports of measles-related deaths in the UK and in other developed countries. Claiming that mortality from certain diseases stands at zero and complications are small isn’t going to endear you to the thousands of people who know different but I won’t suggest you should find them all and apologise. Au contraire! Just keep up the good work!

3. DO continue to promote homeopathy and other quackery on your website, as this should ensure that you will be perceived as a grolie and not worth giving the time of day to.

4. DO go that extra mile to make yourself sound as daft as possible when complaining. Asking whether a doctor who perforated a puppet on a TV show will be struck off the medical register and calling an explanation to young children about why they are getting vaccines the same as ‘promoting all medicines as 100% safe’, are excellent examples, as is calling your article,‘BBC misses another child protection issue’, as if it’s comparable to the Jimmy Savile scandal. Keep them coming! 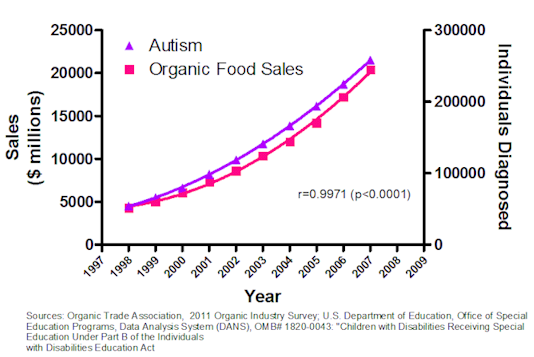 For those to whom correlation equals causation, it’s worth noting that since the Arnica Network started in 2007, there has been an increased uptake of the MMR vaccine and it’s now the highest it’s been since Wakefield published his crappy paper. This, as Dr Ranj declares, is great news for everyone.

Update 31.12.12 I’m amazed to see this article has had nearly 5,000 visitors in 24 hours and that Dr Ranj has been inundated with tweets from outraged supporters. He’s responded with the suggestion that all those who wish to show their support for the Get Well Soon series to please message CBeebies on their facebook page.

Update 09.04.13 The clip of Dr Ranj singing and dancing about the benefits of the vaccine is now on on youtube. Enjoy!